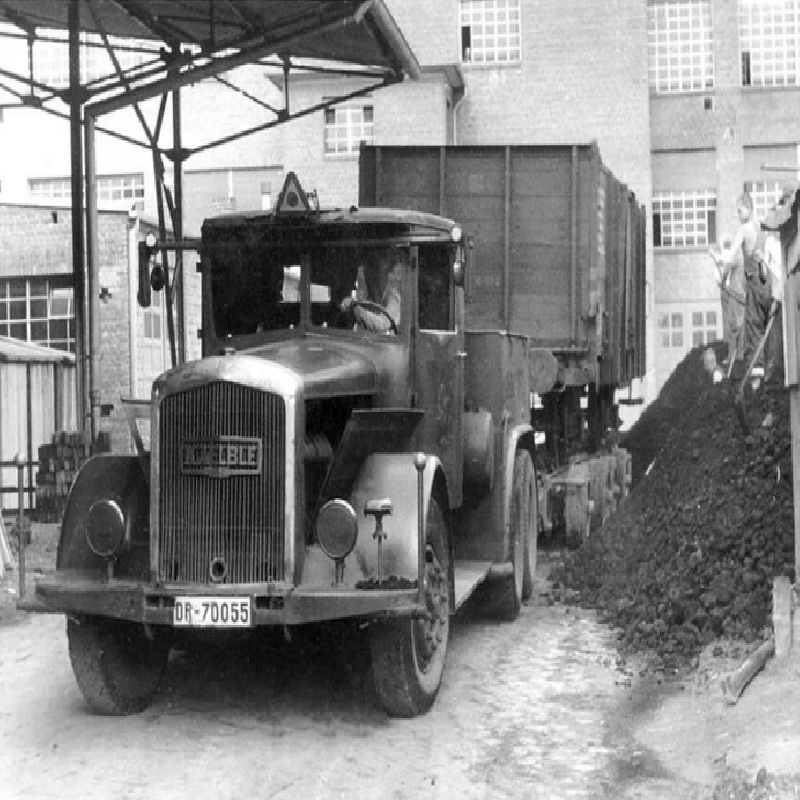 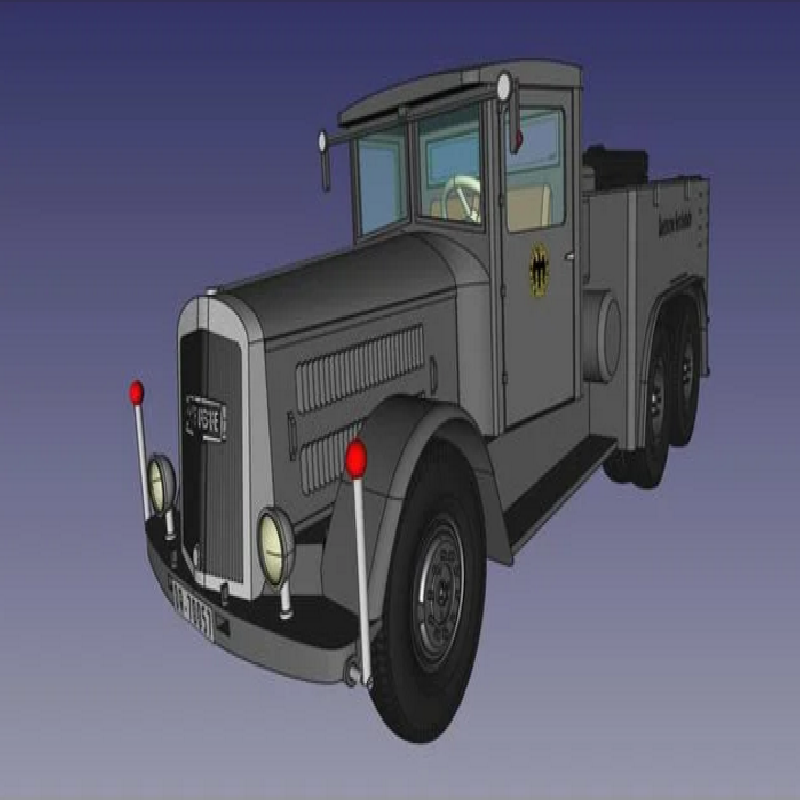 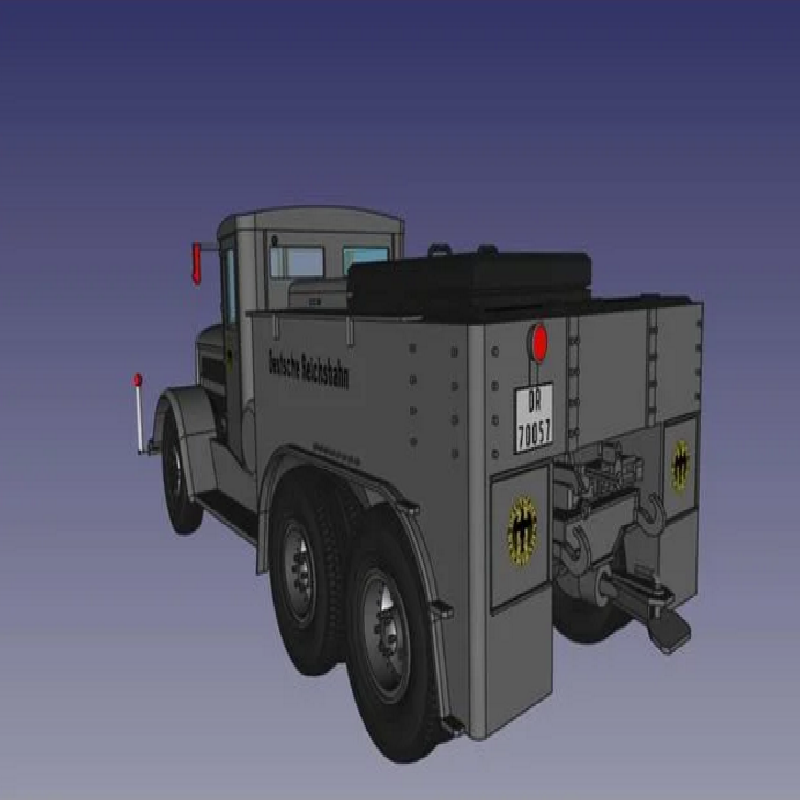 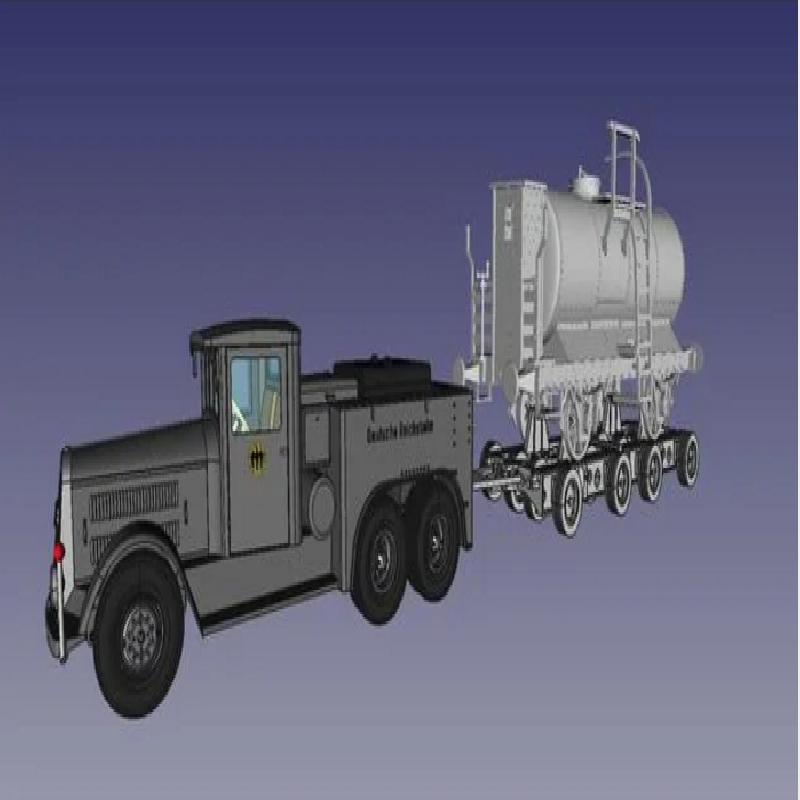 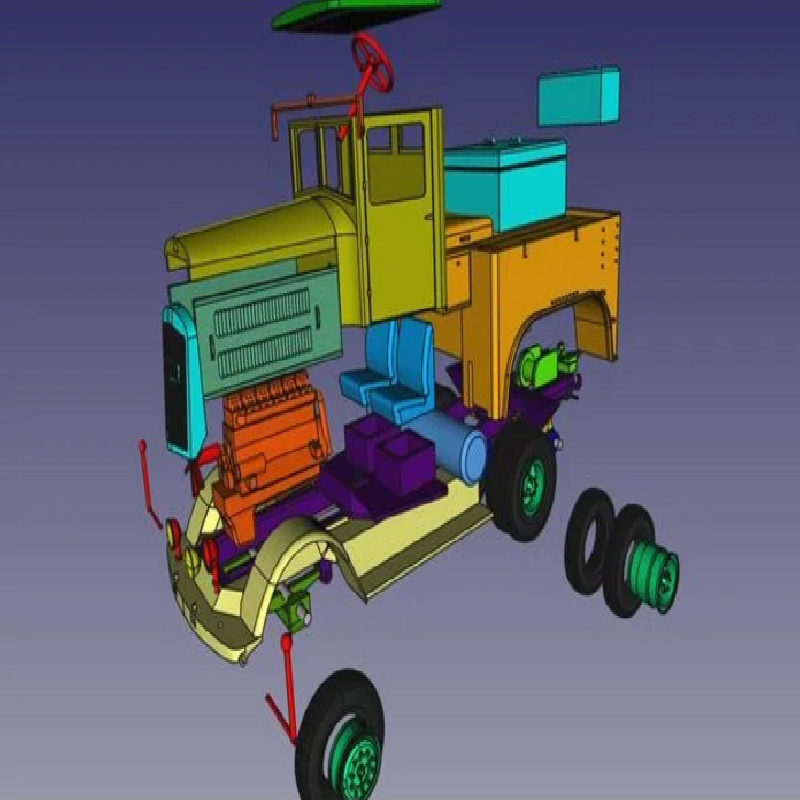 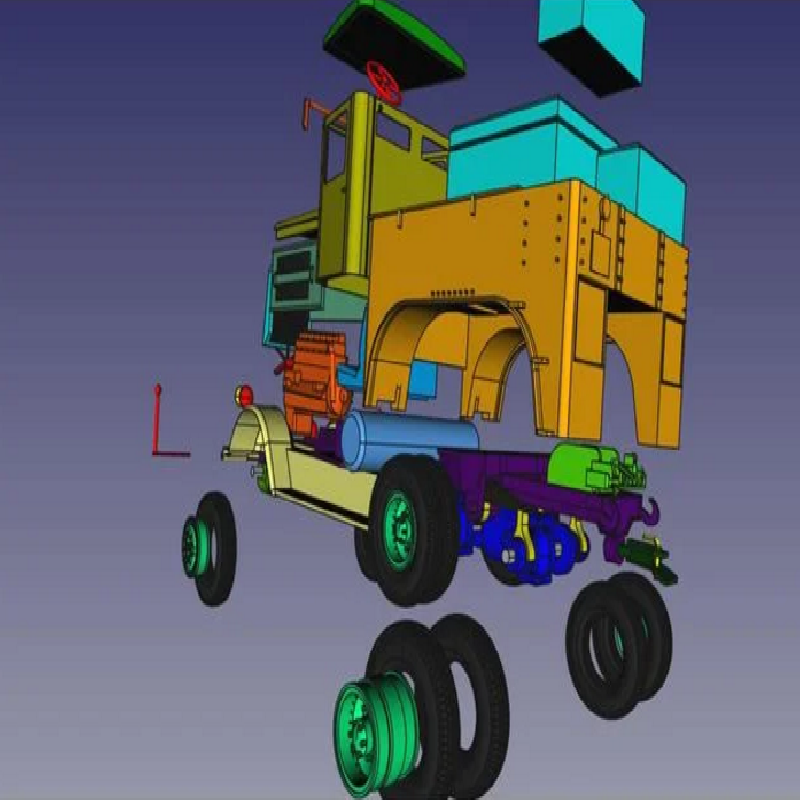 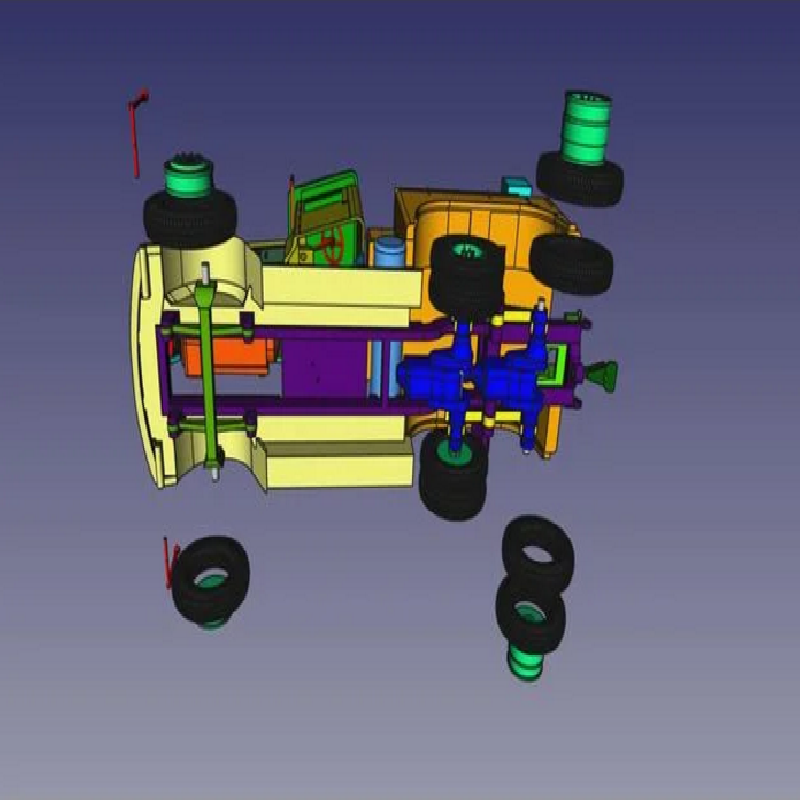 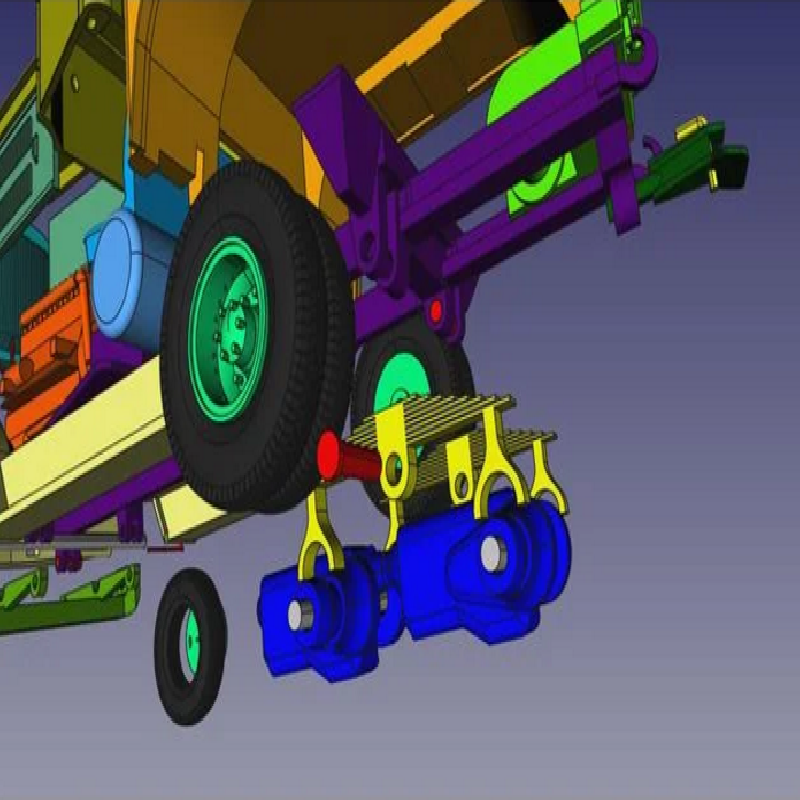 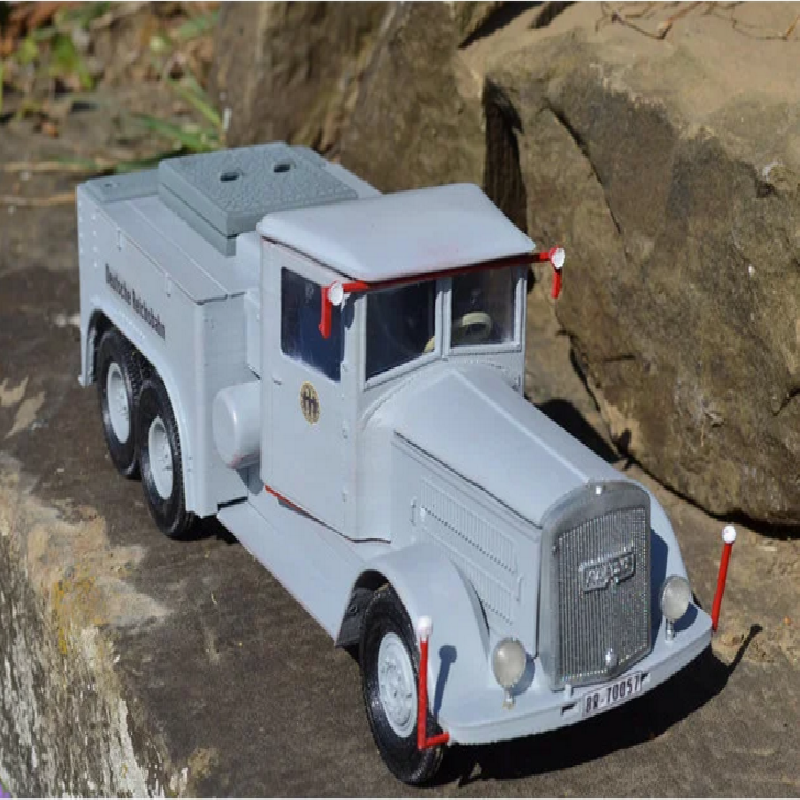 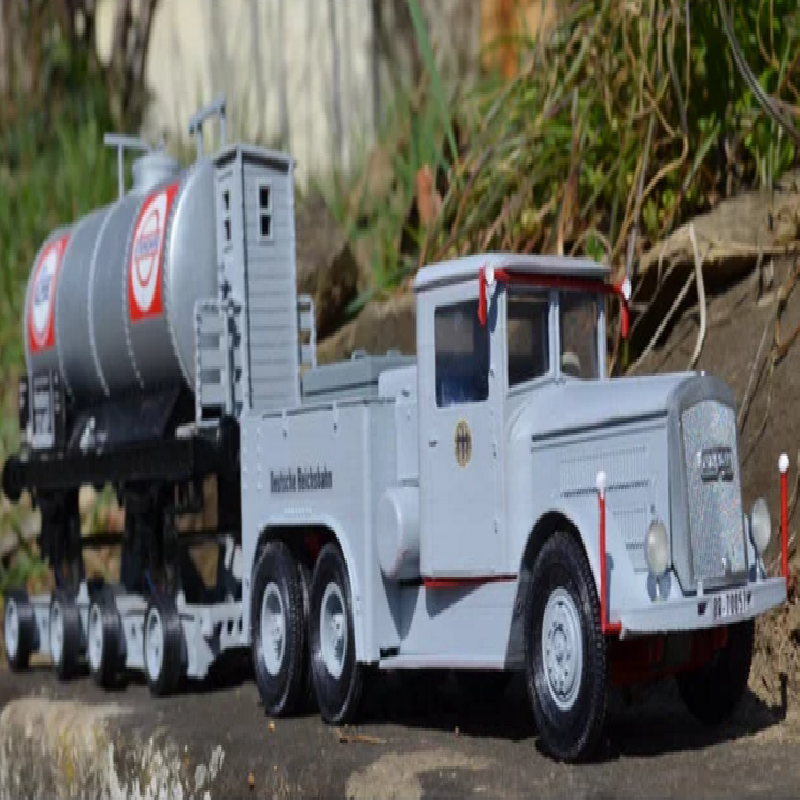 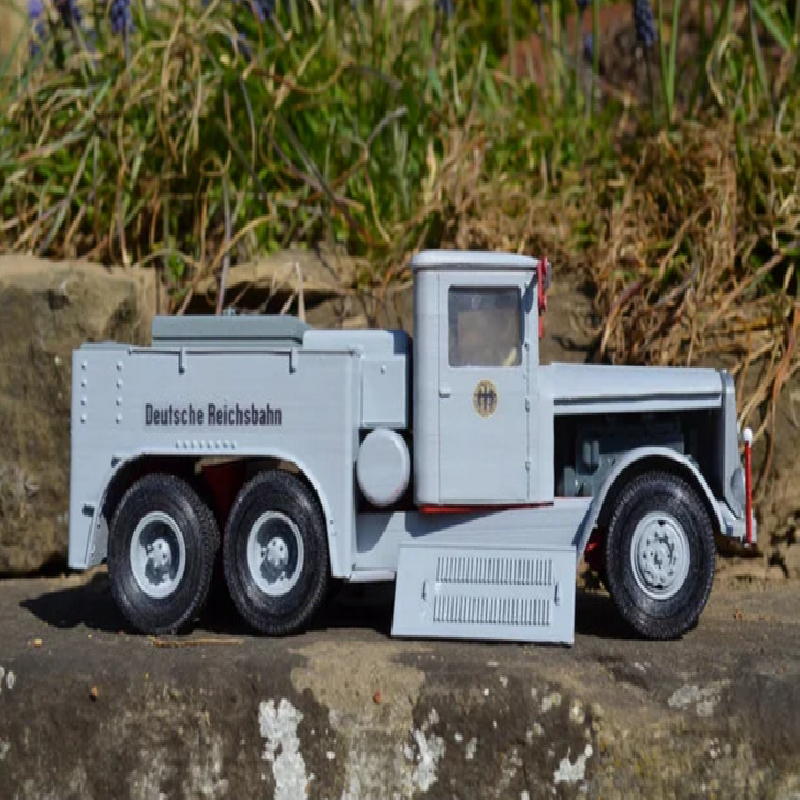 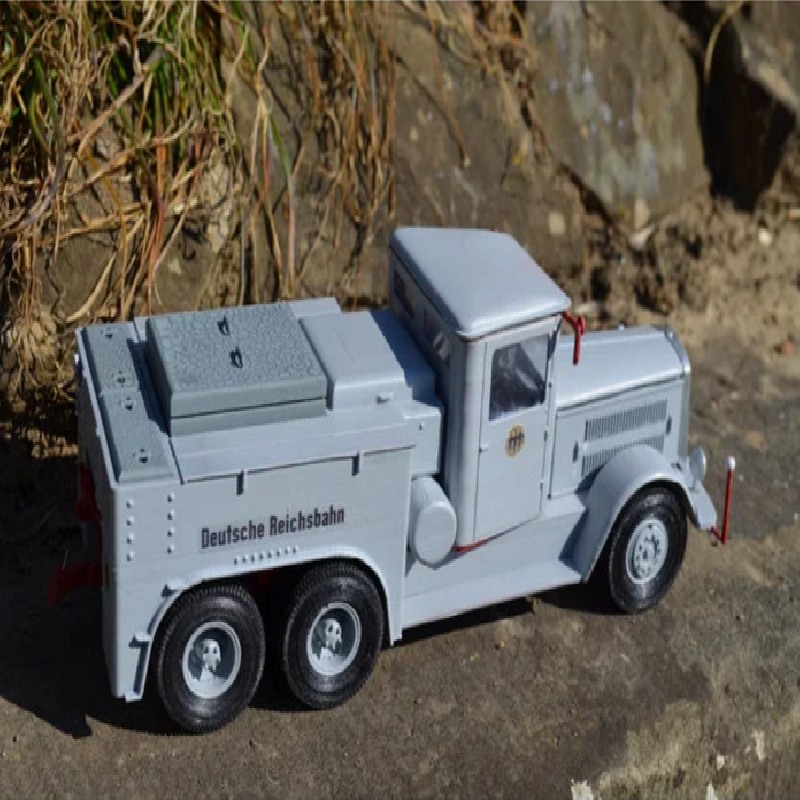 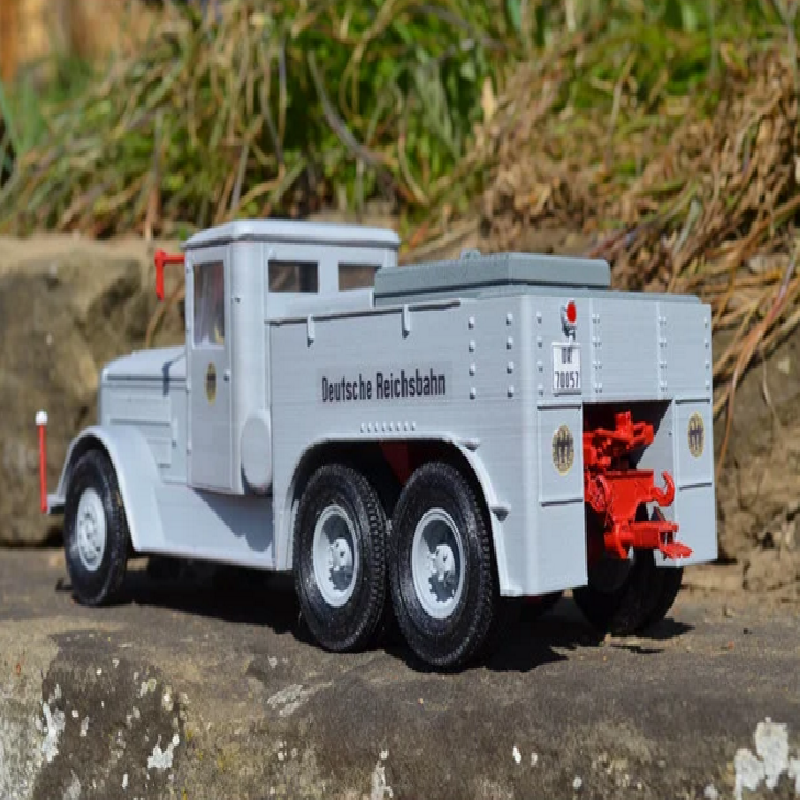 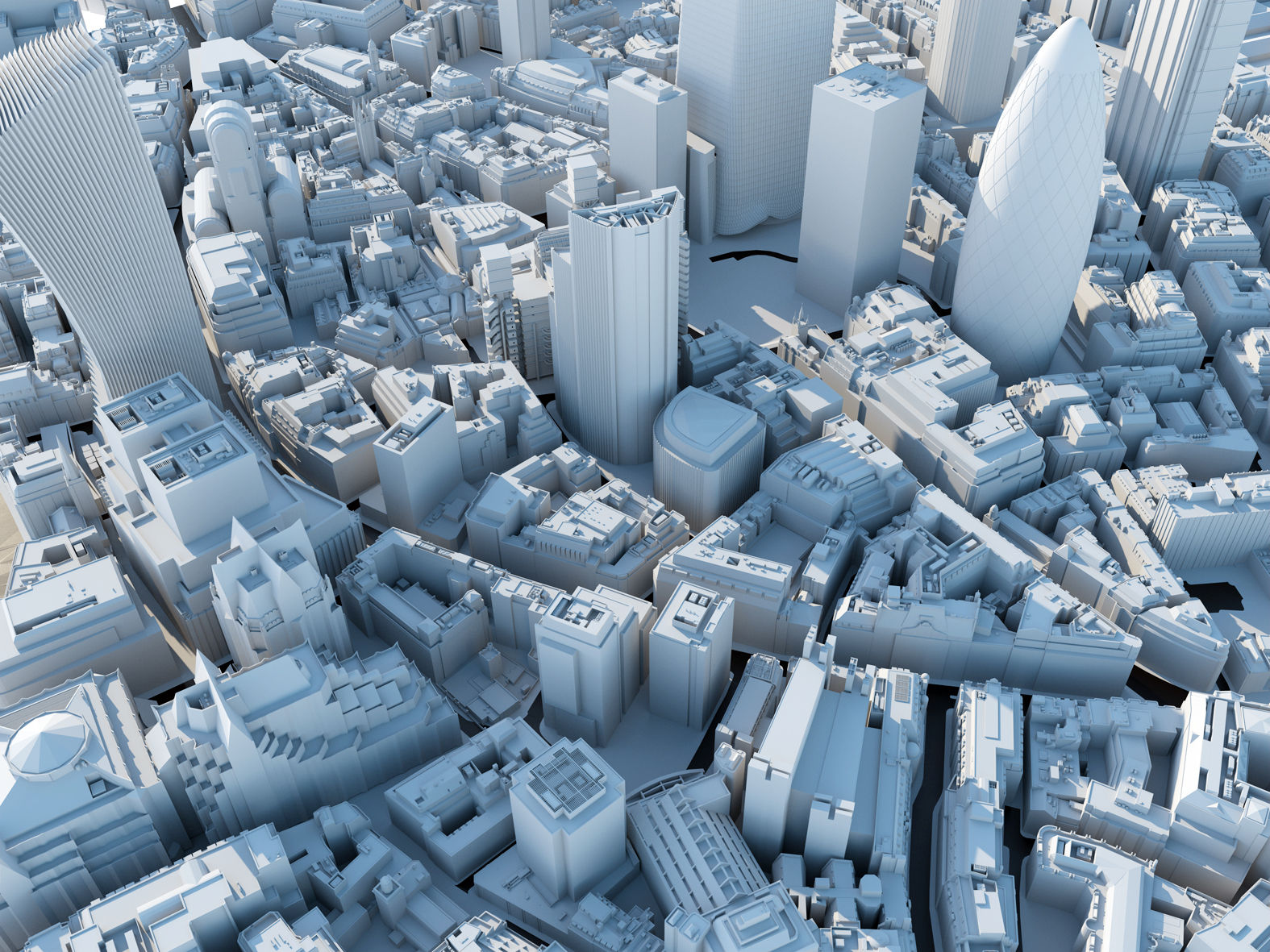 From 1931 the German Railways (DEUTSCHE REICHSBAHN) ordered about 50 ballasttractors from the CARL KAELBLE GmbH at Backnang (Wurttemberg) to pull heavyloads and the Culemeyer – trailers to transport railway-wagons on streets.

The KAELBLE Z6 R2A 100 was delivered from 1937. But nearly ever truck of theseries was a unique piece with more or less small differences to the otherexamples.

I used pictures and drawings of the truck registered as DR 70057 for the model.The most important difference to later tractors is the straight cabin. Laterexamples have a more rounded shape. Also, the visible tank is different from latertrucks. The DR 70055 on the picture is very similar.

Other Z6 R2A 100 were used until the 1960s by the DEUTSCHE BUNDESBAHN. I do notknow what happened to DR 70057 during the war. Also the German Army used thetype during WWII.

Please note that the pictures not always show the latest version of the parts. Some small changes were made after making the of the first model and the screen-shots.

The files contain parts to print an optional motor. If the side-panels areglued, the motor becomes invisible. I suggest not to glue the side-panels whenthe model is built with motor.

The body parts can be printed with the filament of your choice. The tires shouldbe printed with a flexible filament e.g., TPU. There are two types ofheadlights: A simple type to print in any filament in one piece. At the otherversion, the lens is separated. It should be printed in a transparent material.

Nearly all parts are designed to print with support “touch buildplate” only.Only the cab should be printed with “Support Everywhere” due to the windows.

Probably the Reichsbahn used "iron grey" RAL 7011. I used a brighter grey for my model which can be also seen on historic pictures. I used red for the frame and the winch. The only thing I know, is that these parts were painted different from the body. Red is at least possible, The original painting of the motor is also unknown for me. Pictures show grey-brown, blue and light-grey engines.

Decals for lettering the truck as “DEUTSCHE REICHSBAHN” are in the files. Thelarge decals should be printed on transparent foil. The license plates and theReichsbahn-eagles are designed for white transfer-foil.

Windows are not included. I don’t know a way to print really transparent windowswith a FDM printer. I suggest cutting windows from a transparent material. Ienclosed a drawing of the windows in the files.

Some pictures of later tractors:http://www.kfzderwehrmacht.de/Hauptseite_deutsch/Kraftfahrzeuge/Deutschland/Kaelble/Kaelble_Z_6_W_2_A/kaelble_z_6_w_2_a.html